Gabriela: Tales From A Demon Cat Is Available!!! 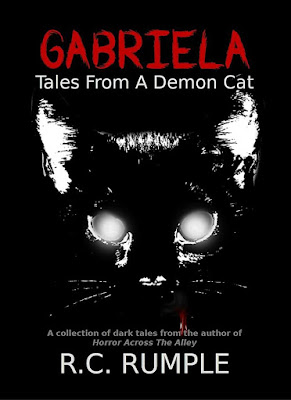 If I were to say this hasn't been a battle I'd be lying.

There are many things that led to the delay of this publication:


But, at this writing, the paperback is available for purchase, and the review is almost finalized for the Kindle version. I'll post both links below as soon as each becomes available.

So, there you have it. And, everyone thinks a writer has it easy. The pressure of trying to get a quality piece of writing out to the public is tremendous. I know, at least I'm not dealing with the heat outdoors. But, then again, you've never dealt with the heat around a demon cat!

I do thank all of you for your patience and support. It means more than you realize.

Posted by Richard Rumple at 9:52 AM